Forex as the biggest market on the world is attracting people by its gloss and size. It could be said that forex is the biggest casino on the world and millions of people are pulled into this game by a media massage.
Why is it like this and how does it all work? Unfortunately, you won´t find out in this article and it is a very important part of successful trading at forex. However, you can understand the whole nature of forex in the paid part.

Imagine that you have an opportunity to create something like forex. How would you do it? How would you aim it in order to have a working system which would earn money for you at the same time? Try to answer these questions. Answer might significantly help you in your trading.

Forex can be very easily likened to casino. On one side is the market (casino) and on the other side are we as players. There are coming many people to casino with various amount of money and the most of them, as we know, will stay for the casino´s owner. It works exactly the same way at forex. People are coming up with various impulses and they are setting up new accounts. They deposit their money to the market and they expect to earn quickly. Of course, sooner or later they will lose everything and here starts their journey through forex´s obstacles or their dreams end.
However, there exist a group of people who are approaching forex more responsibly and they know they need to have a system to out-jockey the casino. This thinking group of people is encountering obstacles as well as the first group was. These obstacles will sooner or later largely reduce all their money.

A lot of people are seeing forex as business. Despite it is nice, but an issue is that they don´t behave as if it is a real business. Let´s have a simple example of a trader who enters the market with an idea of earnings in a particular time range. At beginning traders is often an idea that they will earn 100 % or more in a month. So if I deposit 1,000 €, I can calmly live. Such a trader has sort of an idea what he/she expects from the market and he/she has even copied a system somewhere. He/she is looking at graph and he/she is searching for desired signal. As he/she wants to earn fast, his/her system is surely intraday because he/she has read that this is the fastest way to get rich. So he/she is looking at graph and signal is not coming. In his/her plan is that he/she has to do 50 pips today to fulfill the plan.  But signal is not coming, so he/she will simply find his/her own signal to fulfill his/her plan. And that is it. Imagine that you have a construction company which has one particular order for construction at house. There come workers to work at one Monday morning and the house is locked (owner is perhaps getting some extra sleep after weekend). What will you do now? Will you crash the door or will you go working on neighboring house? Because you have to fulfill the plan? Not for sure.

Stop seeing forex as casino and stop gambling. You have to start seeing it real and you have to know that when the owner hasn´t approached the door, there is nothing to be constructed (traded).
Fact that a harsh trader who is strictly adhering his/her rules will eventually end up in losses is an another chapter to which we will focus at some time in future.

This very simplified example illustrates how is the most of people seeing forex and why it is necessary to gain overview and to understand the forex´s nature. It simply doesn´t work without it. It is being made impossible for middle-level informed crowd to keep in game due to what is hidden behind the curtain. As I have already once written in another article: Either I don´t know anything at all or on the contrary, I have to know a lot to succeed. There is no middle way in this case and here belongs the vast majority of people due to information possibilities nowadays…

I wish you beautiful days and a lot of success!

Jump to forex about 10 steps forward! 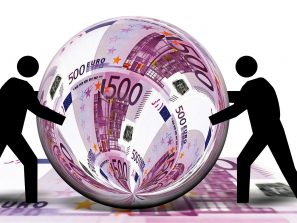 Dream killer at FOREX I wish you a beautiful day. I would like to dedicate… 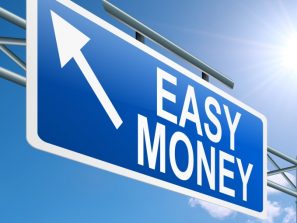 Easy money at forex? I wihs you a nice day. Today I would like to… 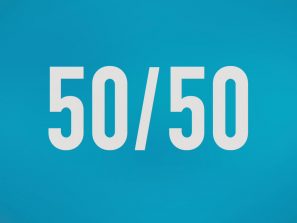 Flip the coin and FOREX

Flip the coin and FOREX Well, let´s change a view at forex a little…